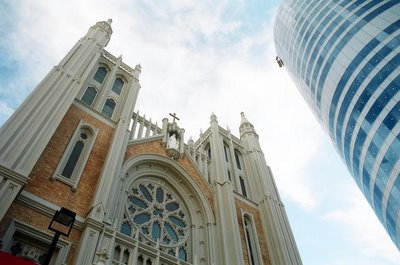 ...the grass has risen, it's rained again, and I've been in Wellington, where spring is definitely still on its way, next week at the earliest, guvnor. I took my new toy to Wellington with me, although I should admit that my new toy is actually older than I am. It's a Spotmatic F, last of the screw-mount Pentax SLRs, and a very nice toy it is too.

I found myself enjoying being back in Wellington. It's really nice to be able to waltz into a cafe and get better service (and better coffee) from a girl with seven facial piercings than you do at many a pretentious establishment in Sydney. Wellington has a groovy little vibe that I hadn't realised I missed. With the benefit of some time between me and my final cash-strapped days as a Wellington resident, I found meeting that vibe again very agreeable.

To commemorate the putative arrival of spring and attendant torrential downpours (did I mention it rained? 'cos it did) I've dusted off something I wrote smack dab in the middle of winter and never got around to posting:

Sydney has been turning on some lovely days of late. They're not what you might call a typical Sydney day, which involve heat rolling out of the West like it was an open oven door, a lingering cloud of pollution over the city and emerald-clear waves breaking onto overcrowded beaches. These days are crisp and cool and start without a cloud in the sky.

It's not like that any more. Spring here arrives all at once, as if all the plants and animals had a calendar. When I got home on Sunday night our street was warm and still and smelt like jasmine flowers. Big dragonflies with iridescent wings were darting and fighting aournd the courtyard at work on Tuesday. This morning there was just a little bit of water on the ground. And pouring down the hill. And overflowing the causeway over the extremely swollen local watercourse. Oh, and on the floor inside underneath the ventilators. With a bit left in the sky for good measure. 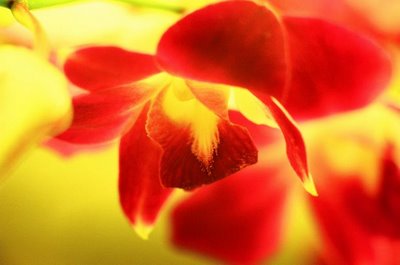 My new toy came with some extension rings, so I'll probably be taking more photos like that one there. Cop you later.